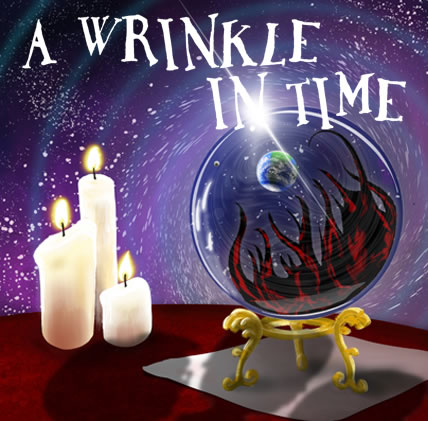 A Wrinkle in Time Acting Auditions

Adapted from the novel by Madeleine L’Engle
Written by Brian Wongchaowart and Wayne Brinda
Directed by Sunny Disney Fitchett.

Join three youngsters as they experience a riveting adventure through space and time to rescue their father and help Good triumph over Evil.

This is for acting auditions, dance auditions date and times are TBD Non-equity actors of all ages, ethnicities and body types are welcome. CAST: 9 actors, 3 youth playing ages 7-14 and 6 over 18 and 5 dancers

GENERAL AUDITIONS will be conducted over Zoom by appointment on FRIDAY, December 10th from 6-10pm and SUNDAY, DECEMBER 12th from 1:00 pm – 4:00 pm.

If you will be auditioning for the roles of Meg, Charles Wallace or Calvin, you will have access to the monologue we have selected for you when you make your virtual audition appointment. We prefer that you memorize the monologue but will accept an audition in which you have the monologue at hand if you need to refer to it.

For all other roles: For the audition we are asking for two contrasting, memorized monologues. One will be your selection—we are looking for a piece that reveals simplicity and truth. For the contrasting piece, we ask you to choose one of the monologues we have selected when you make your virtual audition appointment.

CALL BACKS will be held IN PERSON at the Prime Stage Studio on Sunday, December 19th 6-10pm

Production is scheduled to run March 4th–13th at the New Hazlett Theater on the North Side. Please note, there are weekday Student Matinees during the week at 10am on March 8-11th

To secure your time slot and for any additional questions, please email auditions@primestage.com

PLEASE NOTE: For the roles of Meg, Charles Wallace, and Calvin, if you are slightly younger or older than the character but can play the truth of the character’s age, that is what is important to us.

MEG MURRY (can play 13) Heroine/protagonist. A misfit in school who is not yet comfortable in her own skin, who undervalues her own strengths, and resents her own weaknesses. She fiercely loves her family, especially her younger brother, Charles Wallace. She is propelled into a journey with Charles Wallace through time and space to rescue their missing scientist father and save him from the evil powers of darkness.

CHARLES WALLACE MURRY (7-11-year-olds who can play younger) Extraordinarily intelligent beyond his young age and has wisdom and intuition that even his family cannot explain.

CALVIN (can play 14) An unexpected, newfound friend of Meg’s who is two years ahead of her in high school. A talented athlete and popular. He feels lost in his own large family and, instantly, feels a connection with the Murry family. His gift of communication is an ability that aids in the quest to rescue Meg’s father.

MRS MURRY (late 30s-50s) Mother of Meg and Charles Wallace. A brilliant scientist who respects and nurtures the authentic characteristics of her children. Struggles with the loneliness of missing her husband and sustaining her faith that he will return.

MR MURRY (late 30s-50s) Father of Meg and Charles Wallace. A brilliant and kind physicist whose involvement in a secret government project gone awry has caused his long absence. He is imprisoned by an evil force on the dystopian planet of Camazotz, where he is losing hope of escape.

MRS WHATSIT (2,379,152,497 years, 8 months, and 3 days/Adult) One of the three celestial beings/guardian angels who protects and encourages and propels Meg, Charles Wallace, and Calvin into the universe to rescue Mr. Murry. A (celestial) star who recently exploded in an act of self-sacrifice in her fight against the Dark Thing. An altogether quirky, affectionate, and compassionate being, she first appears as a disheveled tramp and later transforms into a magnificent centaur creature.

MRS WHO (Adult) One of the three celestial beings/guardian angels who protects/accompanies Meg, Charles Wallace, and Calvin on their journey to rescue Mr. Murry. Unable to “work out the words” to communicate, she expresses her own thoughts and feelings by sharing quotations of others—Dante, Shakespeare, Horace, to name a few.

MRS WHICH (Ageless/Adult) The eldest of the trio of celestial beings/ guardian angels. Her wisdom and experience are revered by Mrs Whatsit and Mrs Who, but she can be direct, uncompromising, and stern. We do not doubt her empathy, and her capacity to protect, she simply does not reveal herself often.

THE HAPPY MEDIUM (Ageless/Adult/Any gender) Mrs. Whatsit, Mrs. Who and Mrs Which detour to a planet in Orion’s belt so that Meg, Charles Wallace and Calvin can view the universe through the Medium’s crystal ball. The Medium is jovial and hospitable but, alternately, terribly sad, when viewing the state of the universe.

THE MAN WITH THE RED EYES (Adult) the authority in command of Central Central Intelligence in the dystopian society of Camazotz. “What was there about him that seemed to contain all the coldness and darkness they had felt as they plunged through the Black Thing on their way to this planet?” His voice is kind and gentle, belying his depth of evilness and desire to gain control of Meg, Charles Wallace and Calvin.

AUNT BEAST (Adult/Any gender) A great, nurturing beast, an inhabitant of the planet Ixchel, who is the embodiment of pure love and kindness, who nurses Meg back to health after she has been injured in a violent journey through the universe.

Sign up for our Newsletter and be the first to know about our next auditions.