Prime Stage Sprouts brings literature to life for elementary students and their families, as we inspire their imaginations and foster a love of reading with the joy of live theatre.


With the permission of Alex’s Lemonade Stand Foundation

Alex Scott wasn’t going to let her rare childhood illness get her down — she started a front yard lemonade stand to raise funds to help other kids. Based on the book written by her parents, this regional premiere shows how a single person can change the world one act, or even one cup at a time. Watch as her noble efforts inspire donations of over $1 million dollars and a foundation that has raised $200 million and funded over 1,000 medical research projects for children’s health.

The Run Time: Approximately 60 minutes without an intermission

Age Recommendation: Suggested for families with children between 5 and 11 years old


Prime Stage Theatre is committed to providing an environment that is inclusive and welcoming to all patrons. Please identify any special seating needs to our Box Office staff when reserving your tickets in advance on-line or by calling Prime Stage Public Performance Box Office at the New Hazlett 412.320.4610 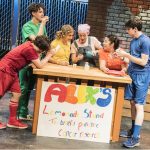 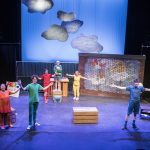 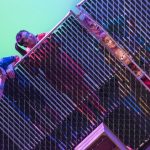 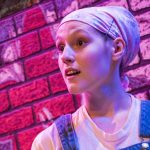 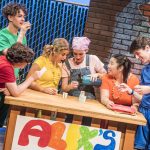 Rayna Akin (Alexandra) Rayna was born in Tacoma, Washington though she has grown up in Natrona Heights. She caught the acting bug after being cast in Seussical the Musical (The Cat in the Hat) in 2018 at Highlands Middle School. A few months later, she joined Pittsburgh Musical Theater to advance her skills and obtain further education in the arts. Her performances include Fiddler on the Roof (Ensemble), Frozen (Queen Iduna and Ensemble), A Christmas Carol (Fan and Ensemble), Bye Bye Birdie (Gloria Rasputin and Ensemble), Footloose (Ariel), and The 25th Annual Putnam County Spelling Bee (Ensemble). She plans to pursue a Performing Arts degree after high school. 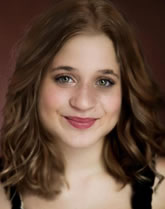 Maya Anabella (Ensemble) Maya is thrilled to be playing in Prime Stage’s production of The Amazing Lemonade Girl. Maya trains five days a week at Pittsburgh Musical Theater in the Pre-College Program. Within the last year or so, Maya has performed in A Lyrical Christmas Carol (Belle), The 25th Annual Putnam County Spelling Bee (Olive Ostrovsky), Grease (Frenchy), and a new musical You’re The Worst (Zoey) written by the Temple Brothers at PMT. She also just closed Heathers (Veronica Sawyer) at The Collective. In August, she will be portraying the role of Kelly in The Mad Ones at Iron Horse Theatre Company. Maya is extremely grateful that live theater is back (and without masks!) She would like to thank all her teachers, directors, and peers who have helped her grow as a performer, and a person. 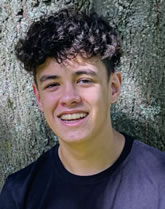 Jayden Greening (Ensemble) Jayden is an eighth-grade student at Pittsburgh CAPA and is overjoyed to be joining his fellow actors in this performance of The Amazing Lemonade Girl. He has been seen in Prime Stage’s A Wrinkle in Time (Calvin O’Keefe). He has been seen in other Pittsburgh productions with Pittsburgh Musical Theatre, and CAPA. Most notably: Hairspray (Sketch), A Lyrical Christmas Carol (Young Scrooge) and, Footloose Jr. (Reverend Shaw). Jayden is very excited to tell this important story to audiences young and old. Jayden would like to give special thanks to his mother for driving him to and from rehearsals all the time. He would also like to give thanks to his sister Lily for helping him memorize lines. 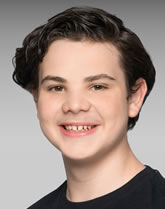 Eamonn McElfresh (Ensemble) Eamonn is an eighth-grade theater major at CAPA and a student at CLO Academy. He is thrilled to be making his Prime Stage Theatre debut! He was recently seen on stage in CLO Academy’s Joseph and The Amazing Technicolor Dreamcoat, CAPA’s Hairspray!, Pittsburgh CLO’s production of A Christmas Carol, and Pittsburgh New Works Festival Nik of Time. You can also catch him on screen in the feature film Cha Cha Real Smooth coming out this June on Apple TV. He thanks his family, teachers, and coaches for their support and guidance. 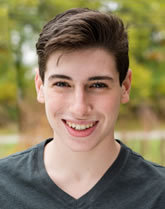 Cameron Tino (Ensemble) Cameron thrilled to be making his Prime Stage Theater debut and to be working with the talented cast and crew of The Amazing Lemonade Girl. He is a rising senior at Lincoln Park Performing Arts Charter School. Favorite Lincoln Park roles include Newsies (Jack Kelly); Spongebob The Musical (Spongebob); Pride and Prejudice (Mr. Bennet); and Romeo and Juliet (Tybalt). Cameron is a three-time winner of Pittsburgh Public Theater’s Shakespeare Monologue and Scene Contest. He trains with Griffith Coaching Acting Studios, Higher Voice Studio, Jeter Backyard Theater, The Collective, and Pittsburgh’s CLO Academy- appearing in their summer production of Grease. Cameron originated the role of Rudy in Manhattan Theatre Club’s workshop of the musical, The Book Thief. He has previously attended summer intensives at Point Park University and the University of Michigan. This summer Cameron will be traveling to Baldwin Wallace University to participate in the ArtsBridge Summer Musical Theater Program! Cameron is grateful for his directors, teachers, coaches, family and friends for their encouragement and support. 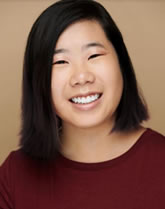 Kayla Zhu (Ensemble) Kayla is a sophomore attending Shady Side Academy and is incredibly excited to be performing in this wonderful production! Kayla formerly attended the Pittsburgh CLO Academy for musical theater training along with classes in acting, tap, jazz, improv, voice, acapella, and hip hop. Kayla was also featured in a short film on the Pittsburgh Dad YouTube channel, directed by Chris Preksta called Street Light Stories: Chapter II. She is heavily involved with her high school productions and recently played in the musical Pippin (Berthe) and was cast in the school’s fall play production of She Kills Monsters (Tilly). Kayla hopes to continue acting, and she is very glad Covid-19 has now eased up for the show to go on!

Meet Our Founder: Alexandra Scott Our founder Alexandra “Alex” Scott gave us our mission: to find cures for all children battling cancer.
https://www.alexslemonade.org/about/meet-alex