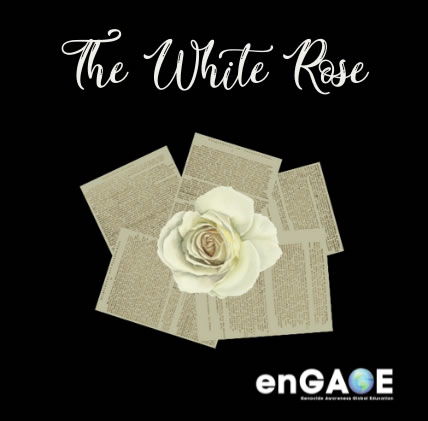 College students, Sophie Scholl and her brother Hans led their anti-Nazi resistance group to speak out against Adolf Hitler and his regime. The White Rose a true story of courage, of principle, of honor telling the story of its members as they spread The White Rose leaflets denouncing the regime. "It was time", the essay said, "for Germans to rise up and resist the tyranny of their own government." Beginning in the summer of 1942, they wrote and distributed leaflets calling for opposition to the National Socialist dictatorship and an end to the war all over Munich. The efforts of The White Rose, referred to once as "quite possibly the single most heroic feat in European history," are an inspiring tribute to the goodness of humanity shining even in the darkest moments of history.

The Audio Description Recorded Streaming is available now through May 8th 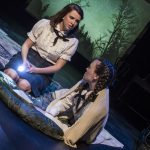 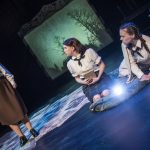 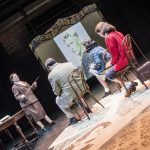 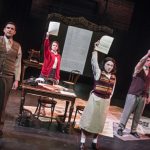 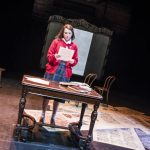 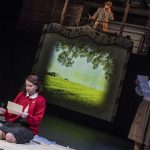 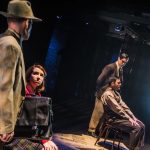 Art DeConciliis (Director) Art is honored to have been asked to guide this important project and once again collaborate with Prime Stage Theatre Company. Art has been acting and directing with a number of Pittsburgh theater companies, including Pittsburgh Irish and Classical Theater, Duquesne University, The Theater Factory, Little Lake Theatre Co., South Park Theatre and LHRT for more than 36 years. He was a long-standing Board member and former Artistic Committee Chair for Little Lake, where he has been a part of over 170 productions and was an instructor of that theater’s acting class program for 23 years. Art was a 2007 Post-Gazette Performer of the Year and is also an active voice-over artist in both the U.S. and Canada. 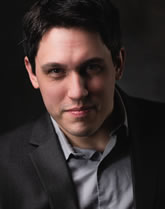 Alex Blair (Alex/Ensemble) Alex is ecstatic to be making his Prime Stage debut with this incredible story! Most recently he has been featured in Almost, Maine as Daniel Harding (Old Schoolhouse Players), as well as in Winnie-The-Pooh & the Seven Deadly Sins as Eeyore (Rage of the Stage Players). Other past roles include Frank in The Female of the Species (Little Lake Theatre Company), Reverend Hale in The Crucible (RMU Colonial Theatre), John C. Calhoun/Black Fox in Bloody, Bloody Andrew Jackson (RMU Colonial Theatre), and Slim in Of Mice & Men (RMU Colonial Theatre). In addition, Alex continues to be involved in the local film scene around Pittsburgh, with a few feature film projects that will be released very soon. 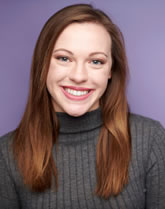 Sarah Hennessy (Traute/Ensemble) is excited to be making her Prime Stage debut. She most recently performed in the Strand Theatre’s production of Holiday Inn as a featured dancer. Her favorite theatre and opera credits include Sister Mary Robert Sister Act, Sophie Mamma Mia!, Elizabeth Benning Young Frankenstein, and Gretel Hänsel und Gretel. She would like to thank Prime Stage for this opportunity, her fiancé for his love and support, and her cat for all the post-rehearsal snuggles. 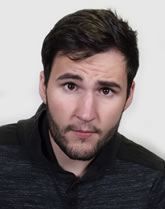 Jared Lewis (Hans Scholl) Jared is ecstatic to be performing his first role at Prime Stage as Hans. He is also known for his roles as Kenny in Fuddy Meers and Stanley in Brighton Beach Memoirs at Theatre Factory as well as Tony in Disaster: A Musical at Comtra Theatre. Jared also appears in the hit online DnD show Diceburgh as Big G streamed on FivePercentChance. 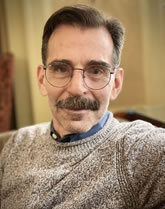 David Nackman (Father/Ensemble) David is proud to be a part of this important and timely production. He was last seen at Prime Stage in the title role in Karloff: The Man and the Monster. Other local appearances include Mamma Mia! (Theatre Factory/Apple Hill Players) and Scrooge in A Christmas Carol (Theatre Factory). Highlights from the previous four decades include regional and summer stock appearances, the first national tour of Neil Simon’s Biloxi Blues, a stint on Broadway in Simon’s Broadway Bound (with Joan Rivers), and 20 years as a director, improviser and ensemble member at NYC’s Castillo Theatre.

Julia Paul (Sophie Scholl) Julia is delighted to be making her Prime Stage debut! A Pittsburgh native, she is excited to be back home and performing on stage again after having previously been living in Los Angeles pursuing her BFA in Acting for Film and Television. Some of her favorite past productions include Ed, Downloaded, The Shape of Things, and a solo performance piece she wrote and performed herself, Choices. She hopes that each member of the audience will learn and carry a piece of this show with them for the rest of their lives. Julia would like to thank her sisters and parents for their unwavering love and support. 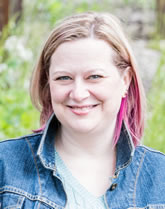 Christy Rodibaugh (Mother/Ensemble) is delighted to be making her Prime Stage debut. Favorite roles include Sister Aloysius Doubt, (Trafford Theatre Factory), Fraulein Schneider Cabaret (Little Lake), Sister Mary Hubert Nunsense, (Pittsburgh CLO), Julie Carousel, (Florida Players), Mother Abbess Sound of Music, in Concert for Arts on Skidaway in Savannah), and the title role in Agnes of God at the Edinburgh Fringe Festival. Locally she has also worked with the Pittsburgh Opera, Stage 62, and Pittsburgh Savoyards, among others. Christy holds a BFA in Musical Theatre from Emerson College and an MFA in Theatre Performance from the University of Florida. Next up will be Miss Crowe in A Man of No Importance and Madame Peepee in Grand Hotel, both for Front Porch Theatricals. 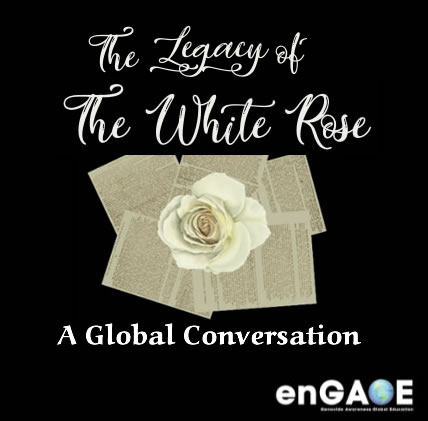 The Legacy of The White Rose-A Global Discussion

A free online kickoff event for The White Rose will feature a discussion between director Art DeConciliis, artist Marcel Walker, and writer Wayne Wise, all of whom have told the story of the White Rose through artistic media.

These creatives will discuss the process of depicting The White Rose, why it continues to inspire audiences, and the importance of sharing the story with future generations. The conversation will be hosted by Dr. Lauren Bairnsfather, Director of the Holocaust Center of Pittsburgh, and Dr. Wayne Brinda, Artistic Director of Prime Stage Theatre.