EVENTS | PAST PERFORMANCES | PAST EVENTS

A true story and uplifting message of forgiveness and compassion, Miracle in Rwanda is based on the life of New York Times Bestselling author of Left To Tell, Immaculée Ilibagiza. Miracle in Rwanda chronicles Immaculée’s dramatic experience of survival during the 1994 genocide against the Tutsi. The message is one of personal empowerment, of overcoming all obstacles through the power of faith, and ultimately finding peace of mind amidst unbelievable hardship.

Based on the true story of Immaculée Ilibagiza - Left to Tell, Discovering God Amidst the Rwandan Holocaust 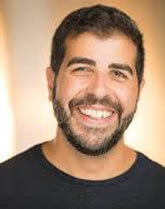 Steven Wilson (Director) Steven is a freelance director, writer, actor and educator specializing in collaborative and inclusive ensemble theatre making with an emphasis on community building. Steven has twenty years of history as a Chicago theatre artist where his acting and directing was showcased as a longtime company member with The Hypocrites and as an Artistic Associate with A Red Orchid Theatre. Steven’s work has been featured regionally in Arkansas (TheatreSquared), Texas (Zach Theatre), Pittsburgh (City Theatre), Chicago (Goodman Theatre) and Florida (Asolo Rep). He has recently returned home to Pittsburgh, where he continues his freelance career while working as an adjunct professor and visiting director at Point Park and Seton Hill Universities, teaching Directing and Devising Theatre. Steven is a member of Pittsburgh Public Theatre’s inaugural Writer’s Group where is adaptations of Shakespeare’s Much Ado About Nothing and Sheridan’s The Rivals were featured as part of their PlayTime Series. Steven will be directing Miracle in Rwanda this Spring for Prime Stage Theatre. 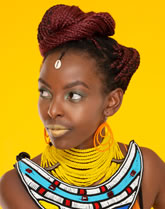 Teta Diana (Rwanda’s Singer/Songwriter) Teta Diana was born in Nairobi, Kenya. She returned to Rwanda after the genocide of 1994 against the Tutsi. She blends her native language Kinyarwanda with English and Swahili. Traditional music is so closely tied to the Rwandan identity. Teta’s music is a fusion of folk, jazz, and Afro-pop. She has performed at various cultural events in Rwanda and aboard; Têtes-a-têtes music festival 2020, Next Einstein Forum 2015, Kigali-Up music festival 2015 , FESPAM 2013 to name a few. In 2013, Teta joined Art for Peace Association that aimed at creating a safe space for Rwandan youth to speak about their experience, reflect on Rwanda’s history and forge a renewed sense of belonging. This program succeeds to reach young people in all districts, which then gave birth to “Ndi Umunyarwanda initiative”.
Teta’s talent was initially discovered during “igitaramo”, a cultural night that was hosted every Friday by Hotel Des Milles Collines in Kigali. She then continued to perform in different cultural events around the world parentheses (USA, Mexico, Sweden, Belgium, Netherlands, Senegal, Kenya, DRC, Rwanda...) In 2015, Teta’s received the Young Rwandan Achiever Award from the first lady Mme Jeanette Kagame, for preserving and promoting culture while creating cultural connection with the Rwandan diaspora communities around the globe.
In September 2016, she participated in the Music Action Lab residency that took place in San Francisco, a project she confirms to have inspired the following chapters of her journey after meeting and collaborating with musicians that had come from across the globe to create social impact music, and to nurture the next generation of musical changemakers. Teta released her debut album in 2019 titled Iwanyu meaning “Home,” exploring the concept of belonging. She continues to collaborate with musicians from different cultural backgrounds, intending to create space for cultural exchange.

“Music is a language that crosses borders and speaks to the soul.” - Teta Diana

To Listen:
Bandcamp: https://tetadiana.bandcamp.com/track/birangwa
You can also find her album “Iwanyu” on Spotify, Amazon, Itunes

Background information for Miracle and Rwanda

EVENTS | PAST PERFORMANCES | PAST EVENTS