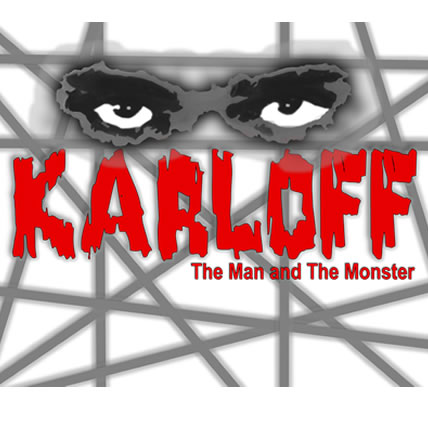 KARLOFF The Man and the Monster

An original one actor production where the famous cinema favorite Boris Karloff comes to life. This multi-media one-act experience traces the origins of Karloff’s career and carries the audience into his rise as one of the most renowned movie monster actors and stage actors of all time.

City Paper: Prime Stage demystifies star with Karloff: The Man and The Monster


Group Sales are available for our public performances, please call the New Hazlett at 412.320.4610 for more information. 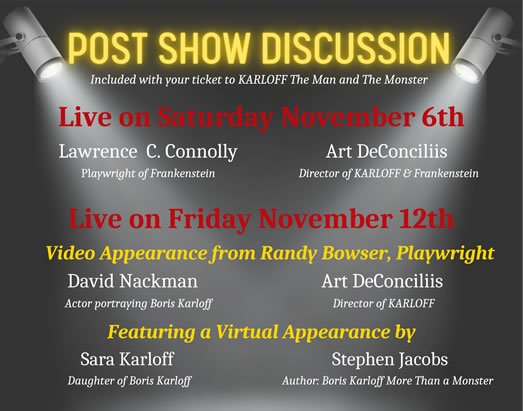 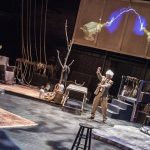 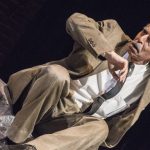 Art DeConciliis (Director) Art is pleased to have worked on his second project for Prime Stage having appeared in the company’s recent production of Twelfth Night. Art has been acting and directing with a number of Pittsburgh theater companies, including Pittsburgh Irish and Classical Theater, Duquesne University, Stage 62, The Theater Factory, Little Lake Theatre Co., and LHRT for more than 38 years. He was a long-standing Board member and former Artistic Committee Chair for Little Lake where he has been a part of over 160 productions and an instructor of that theater’s acting class program for 23 years. Art was a 2007 Post-Gazette Performer of the Year and is also an active voice-over artist in both the U.S. and Canada. Favorite directing projects include One Flew Over the Cuckoo’s Nest, The History Boys, Proof, Doubt, and The Lion In Winter. He most recently appeared in South Park Theater Company’s production of A Couple of Blaguards. 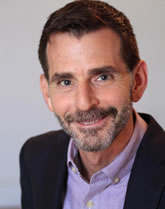 David Nackman (Boris Karloff) is thrilled to make his Prime Stage debut as Karloff. A three-year transplant from the Big Apple to the ‘burgh, his recent local appearances include Mamma Mia! (Theatre Factory/Apple Hill Players) and Scrooge in A Christmas Carol (Theatre Factory). Highlights from the previous four decades include regional and summer stock appearances, the first national tour of Neil Simon’s Biloxi Blues, a stint on Broadway in Simon’s Broadway Bound (with Joan Rivers), and 20 years as a director, improviser, and ensemble member at NYC’s Castillo Theatre.