When Arsenic and Old Lace made its Broadway debut, a New York Times review said it was "so funny none of us will ever forget it.” Eighty-one years later, this madcap comedy mixing young newlyweds and whimsical seniors still delights audiences ... Be prepared: when insanity runs in the family, it practically gallops!

Audio Description (or AD) helps to make visual imagery accessible to people who are blind or visually impaired. Visual elements can include costumes, sets, and character appearances, along with action, gestures, facial expressions, and other visually important images. It’s used to enhance understanding and enjoyment of live performance.

Sensory Inclusive Performance - Recorded Streaming / Available May 16 through May 29, 2022


Prime Stage Theatre is committed to providing an environment that is inclusive and welcoming to all patrons. Please identify any special seating needs to our Box Office staff when reserving your tickets in advance on-line or by calling Prime Stage Public Performance Box Office at the New Hazlett 412.320.4610

Group Sales are available for our public performances, please call the New Hazlett at 412.320.4610 for more information. 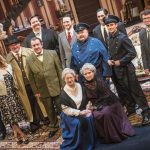 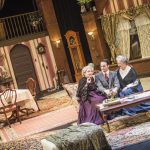 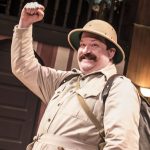 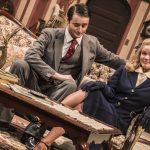 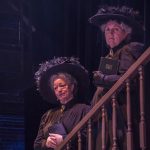 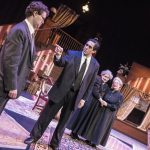 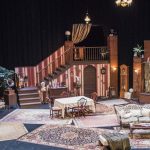 Alex Blair (Johnathan Brewster) Alex is very excited to be returning to the stage with Prime Stage, after recently appearing as Alexander Schmorell in The White Rose. He has also been featured in Almost, Maine as Daniel Harding (Old Schoolhouse Players), as well as in Winnie-The-Pooh & the Seven Deadly Sins as Eeyore (Rage of the Stage Players). Other past roles include Frank in The Female of the Species (Little Lake Theatre Company), Reverend Hale in The Crucible (RMU Colonial Theatre), John C. Calhoun/Black Fox in Bloody, Bloody Andrew Jackson (RMU Colonial Theatre), and Slim in Of Mice and Men (RMU Colonial Theatre). In addition, Alex continues to be involved in the local film scene around Pittsburgh, with a few projects that will be released very soon. 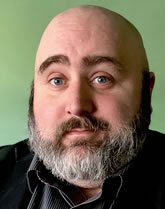 Andy Coleman (Officer Brophy) Andy is excited to make his Prime Stage Theatre debut with this classic dark comedy. Some favorite roles from the before times include: Gangster #1 / Pastry Chef in The Drowsy Chaperone and Smee in Peter & The Starcatcher (Little Lake Theatre), Nathan Detroit in Guys and Dolls (Stage 62), Jerry in Squabbles (South Park Theatre) and Mario in Your Princess is in Another Castle (Pittsburgh New Works Festival). By day, Andy works as an arts marketer / project manager / cat wrangler and resides in Brookline. Much love to Sierra, the ForkHats and RockoTaco. 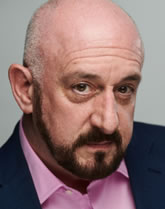 Art DeConciliis (The Rev. Dr. Harper, Mr. Gibbs, Mr. Witherspoon) Art has been acting and directing with a number of Pittsburgh theater companies, including Pittsburgh Irish and Classical Theater, Duquesne University, The Theater Factory, Little Lake Theatre Co., and LHRT for more than 38 years. This is his fourth project with Prime Stage, having previously performed in Twelfth Night and directed both Karloff and The White Rose. He was a long-standing Board member and former Artistic Committee Chair for Little Lake, where he has been a part of over 160 productions and was an instructor of that theater’s acting class program for 23 years. Art was a 2007 Post-Gazette Performer of the Year, and is also an active voice-over artist in both the U.S. and Canada. Favorite roles include Vanya in Vanya and Sonia and Masha and Spike; Kerr in Chesapeake; Marc in Art and Malvolio and Sir Toby in Twelfth Night. 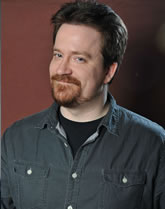 John Feightner (Teddy Brewster) John has been seen at Prime Stage in several productions including Twelfth Night, Perks of Being a Wallflower, The Strange Case of Dr, Jekyll and Mr. Hyde, The Importance of Being Earnest, and 1984 (well, in that one he was only heard). Other recent credits include Everybody and Detroit for 12 Peers Theater, Ubu Roi for Throughline Theatre, Love and Information for Quantum Theatre, and The Night Before Christmas for Arcade Comedy Theater. John is regularly seen around Arcade in his monthly improv comedy gigs at "The Playlist" and the Dungeons and Dragons themed "Knights of the Arcade" (City Paper's Best Comedy Troupe 2021). 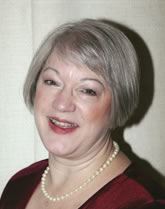 Lynne Franks (Abby Brewster) Lynne is honored to portray Abby Brewster in Arsenic and Old Lace. Over the years she has worked with many wonderful theatre companies like Prime Stage, Little Lake, Duquesne Red Masquers, Throughline, No Name Players, Open Stage and others. You may even get to work with insightful and creative directors like Art DeConciliis, Sunny Disney Fitchett, LisaAnn Goldsmith, Rich Keitel, John Lane, Wayne Brinda, Ruth Willis, Stephen Santa and now Liam Macik. Then there are all the actors we get to collaborate and share our talents with: some once or twice, others many times. Sometimes you may get to play roles of a lifetime in plays like Doubt, A Parable, Letters to Sala, Walk Two Moons, To Kill a Mockingbird, A Little Night Music, Angels in America, Equus, They Have Oak Trees in North Carolina and more. 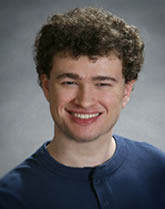 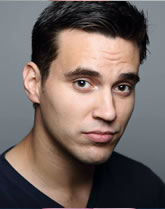 Erik Martin (Officer O’Hara) Erik is honored to be returning for his third production with Prime Stage Theatre! His two prior performances were as Giles Ralston in The Mouse Trap and Officer Paul Bonin in A Lesson Before Dying. Erik was last seen on-stage in 2017 in Ironbound with City Theatre where he played the role of Vic. After a hiatus from the theatre, Erik is absolutely thrilled to once again perform for an in-house audience. Erik hopes everyone in attendance has a fun-filled evening full of laughs. He gives a multitude of thanks to his fellow cast-mates and crew for dedicating their talents and hard efforts. Erik sends his love to all family and friends in the audience tonight. 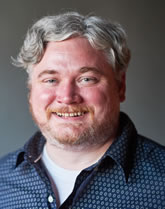 Michael McBurney (Lieutenant Rooney) Michael is thrilled and grateful to be performing with Prime Stage for the first time. He has appeared previously with Bricolage in Yinz’r Scrooged and Dodo, and has worked with several other companies locally, including Throughline Theatre Company, Alarum Theatre, PICT, No Name Players, Carlow University Theatre Group, the Duquesne Red Masquers, and the Summer Company at Duquesne. He has also been involved with Arcade Comedy Theater as a performer and coach since 2014, and is so very happy that improv, and theatre in general, is starting to become more frequent again. 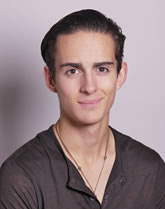 Luca Seara Pacheco (Officer Klein) Luca has acted since the age of 10. He practiced theatre from elementary school through to the end of high school in his hometown of Santa Fe, New Mexico. He now practices Acting at Point Park University's Conservatory of Performing Arts in downtown Pittsburgh. He is beyond excited for you to see him in his latest work of Arsenic and Old Lace with Prime Stage and his fellow cast mates. 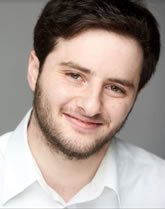 Adam Seligson (Mortimer Brewster) Adam performed with Prime Stage Theatre back in 2017 in All Quiet on the Western Front. Other recent credits include Into Your Hands (Pittsburgh New Works Festival), Into the Woods (The Theatre Factory), and Company (Riverfront Theatre Company). Adam hopes you enjoy this production and thanks Prime Stage and all of the cast & crew for making all of this possible! 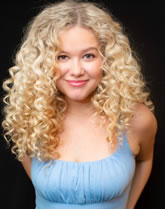 Halle Surgil (Elaine Harper) Halle is thrilled to be performing with Prime Stage for the first time in Arsenic and Old Lace. She is a rising junior musical theatre major at Point Park University and was most recently in Pittsburgh Playhouse’s Everybody (Swing/Dancer). This past summer Halle was in the vocal ensemble of The Wizard of Oz and the 75th Broadway Musical Celebration with Pittsburgh CLO. In 2018, Halle was a Best Actress Nominee at The Jimmy Awards, winning the Rising Star Award presented by the Broadway League. Other favorite credits: 42nd Street (Peggy), Legally Blonde (Elle), and 9 to 5 (Doralee). She would like to thank the cast, crew and creative team for making this such a rewarding, hilarious process, and her friends and family for their love and support, always. @hallesurgil

Suzanne Ward (Martha Brewster) Suzanne is so excited to be in this Prime Stage production of Arsenic and Old Lace. She has previously appeared as Mrs. Tottendale in The Drowsy Chaperone presented by the Pelican players of Coraopolis. She thanks her friends and family for their constant support.

About the playwright - Joseph Kesselring
https://thestickyfacts.com/joseph-kesselring-facts/