An inspiring theatrical experience on stage with Delana Flowers, as she portrays Sojourner Truth, sharing her journeys, stories, mind, and heart with a passion and truthfulness that still needs to be told.

Recorded links were available for purchase through February 26, 2021.


- Pittsburgh Post-Gazette: She brings Sojourner Truth's spirit — and straight, strong back — to the stage 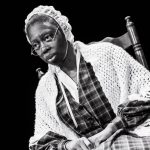 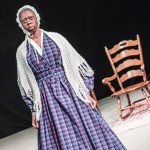 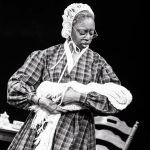 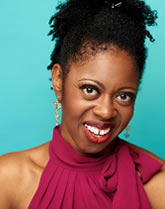 Delana Flowers (Sojourner Truth) Delana has been gracing regional and community stages, playing roles from Dinah Washington in DINAH to Lorrell in Dreamgirls, from the wife of John Henry in Mechanics of a Legend to ancestors in Do Lord Remember Me. Whether acting, singing, doing spoken word, or public speaking she is no stranger to the stage. As a teaching artist, she is a firm believer in art as a vehicle for education and a catalyst for change. Delana is thankful for the blessing of artistic ability and for the love and support of family, friends, and fellow artists. Miss Flowers is grateful for this opportunity to make her debut with Prime Stage Theater and honored to tell the story of such an important woman’s life. 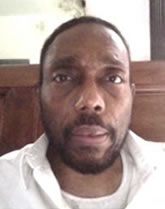 Richard LaMonte Pierce (Playwright) Richard is an award winning author & playwright with over thirty plays to his credit. Some of his works have been performed off Broadway, throughout the United States & Africa. Richard is a founding member and playwright in residence at First World Theatre. He is also a former playwright in residences : at the Hedgerow Theatre in Rose Valley, PA.,The Village Of Arts & Humanities, Bushfire Theatre, and The Venture Theatre, all in Philadelphia, PA. Some of his plays include : Sojourner a biography of Sojourner Truth, Strange Fruit, an examination of lynching in America. The Winter Of Our Discontent, a study of the W.E.B. Du Bois, Booker T. Washington debate, Twilight Time, The Last Time Bobby Sang The Blues, (Musical), A Conversation With The Devil, The Forgotten People, My Name Is Sapphire Damnit !!, That Honeysuckle Summer, The Prophet Gabriel, (Musical), Reflections From A Park Bench, The Immortals, Tea With Emily, Hypnotized !, The Freedom Riders, As I Gaze Into The Looking Glass, (A biography of H. German Wilson), Le’Pomple’muse (a three act play), Ordinary People / Extraordinary People, Do You Know Me?, Who Wears The Necklace Now?, The Waiting Room, A Travesty Of Justice, Saturday Night At Sassy’s, Follow The Drinking Gourd, A Reason To Die For & many more. He is also the author of two books, One Acts (A collection of one act plays) & Remembering The Harlem Renaissance And The Return Of The Talented Tenth (an anthology of some of his essays, poetry, plays & short stories). Richard lives in Philadelphia, Pennsylvania & is a founding member as well as a permanent playwright in residence at First World Theatre in Philadelphia. * Member of Dramatist Guild.

Prime Stage is honored to collaborate with Cory P. Mcliechey, the 5x great grandchild of Sojourner Truth and Lateef "Cal" Calloway. Cory is the President of Descendants of the Truth https://descendantsofthetruth.com/ which is keeping the legacy of Sojourner Truth alive for now and generations to come.

Cal, and The Calliwood Production team, is producing the feature documentary film on Sojourner Truth, the former slave, abolitionist and woman's rights advocate from the mid-1800s. The films co-producers include Mr. Calloway, Gloria Steinem, Cherryl Espinoza and Chaz Ebert. 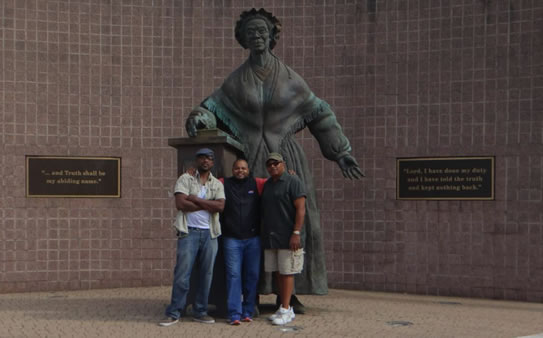 Cory and his cousin Thomas in the basement of the Van wagner’s home lookin at the cornerstone of the original home before it was extended (where she slept in a bed for the 1st time ). 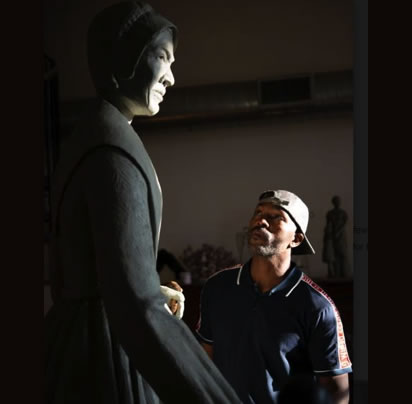 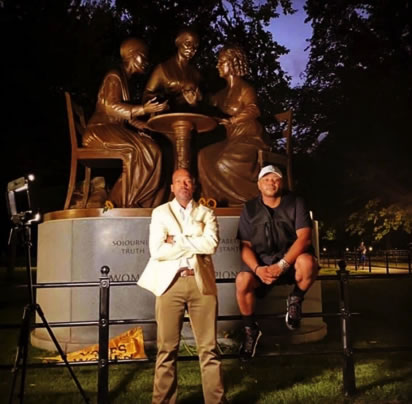 The Sojourner Truth Project - The Ain't a Woman speech

Sojourner Truth - the woman, the abolitionist, the Dutch speaker (YouTube)

This production is Co-Sponsored by