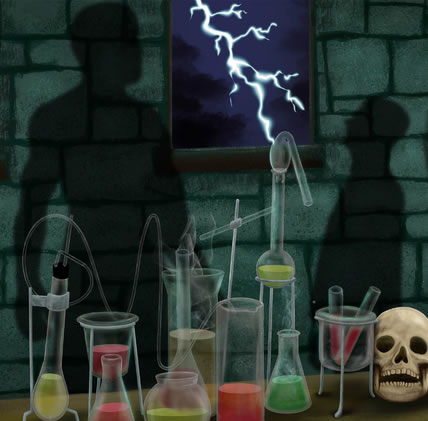 Based on the Novel by Mary Shelley's
Adapted by Lawrence C. Connolly

Pittsburgh Today Live - Thing to do this weekend in Pittsburgh

A storm rages. Five friends take shelter in a Swiss mansion. One of them is eighteen-year-old Mary Shelley. Before the night is over, you will see her conceive one of the most horrifying and suspenseful stories ever written – the tale of a man who created life and became a monster.

Special Dates
Preview: Friday, November 4th at 8pm - Pay What You Can 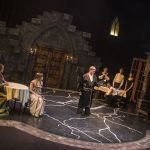 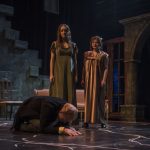 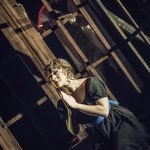 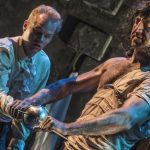 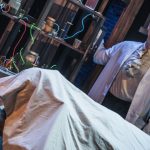 Following the Saturday, November 12th performance of Frankenstein there will be a Post-Show discussion.

The discussion will feature Ryan O'Shea entrepreneur and Communications and Engagement Manager for the Pittsburgh Robotics Network and will explore themes from Frankenstein and how they intersect with technology of today and the future. 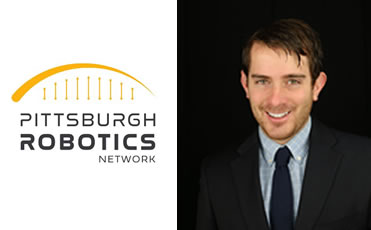 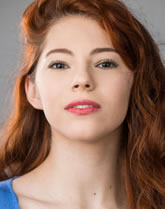 Will portray the roles of Safie and the Servant

Will portray the roles of Claire Claremont and Justine Moritz

Maddie is thrilled to be making her return to the stage with Prime Stage Theatre! She hails from Seton Hill University with a BFA in Musical Theatre (’20). Some of her college theatre credits include Roxie in Chicago, Joanne in Company, and The Seagull in The Seagull. She has also performed as Wendy Jo (u/s Rusty) in Footloose at Keystone State MT and Time in Everybody at 12 Peers Theatre. Many thanks to the fantastic cast and crew of Frankenstein for working so hard to put on this monster of a show! Much love to all of her family, friends, and coaches for their unwavering support! 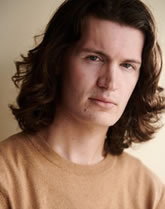 Will portray the roles of Felix Delacey, the Young Sailor and Servant

Andrew is thrilled to be making his prime stage debut! He is a recent graduate of Point Park University with a BA in Theatre Arts: performance and practice. He would like to thank his friends and family as well as the amazing cast and crew who have made this such an incredible experience 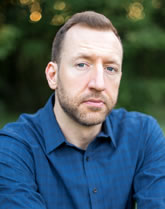 Will portray the role of the Creature

Everett is thrilled to be working with Prime Stage once again - particularly on such an original adaptation of Shelley’s enduring classic. Everett last appeared on their stage as Hawthorne in The Scarlet Letter, as Malvolio in Twelfth Night, and previously in their productions of The Great Gatsby, The Importance of Being Earnest, and A Lesson Before Dying. A performance theater graduate of Geneva College and Pittsburgh native, Everett has been privileged to work with several theater companies and festivals around the city, including PICT Classic Theatre, 12 Peers Theatre, No Name Players, Pittsburgh Playwrights Theatre, Throughline Theatre, The Summer Company, Pittsburgh Fringe Festival, Little Lake, Cup-A-Jo Productions (where he also serves as Managing Director), and many more. Many thanks to Liam, Wayne and Connie, and to the cast and crew for this wonderful experience. Love always to my family and friends for their continual support. Bless the Lord, O my soul! 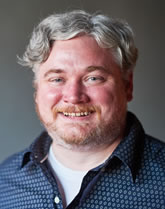 Wil portray the roles of Lord Byron and Robert Walton

Michael is so excited to be performing with Prime Stage again, having appeared earlier this year in Arsenic and Old Lace. He has performed previously with Bricolage in Yinz’r Scrooged and Dodo, and has worked with several other companies locally, including Throughline Theatre Company, Alarum Theatre, PICT, No Name Players, Carlow University Theatre Group, the Duquesne Red Masquers, and the Summer Company at Duquesne. He has also been involved with Arcade Comedy Theater as a performer and coach since 2014, and is so very happy that improv, and theatre in general, is starting to become more frequent again. 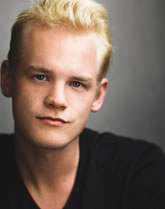 Will portray the roles of Percy Shelley and Victor Frankenstein

Isaac is a CMU School of Drama graduate and is thrilled for the opportunity to make his Prime Stage debut in his hometown of Pittsburgh. New York credits include America’s Favorite Newscaster and What Elsa’s Knew in a Peril. He has starred in shows such as Beauty and the Beast, Ragtime and Little Shop of Horrors. Isaac is also a musician 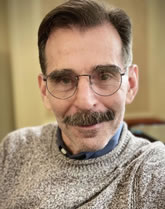 Will portray the roles of M. Delacey, the Constable, Liam, the Old Sailor and Servant

David was last seen at Prime Stage as multiple characters in The White Rose, and as Boris Karloff in the one-person show Karloff. Other local appearances include Mamma Mia! (Theatre Factory/Apple Hill Players), Scrooge in A Christmas Carol (Theatre Factory), and Claudius in a forthcoming audio production of Hamlet (Food for Groundlings/Play On Words). Highlights from the previous four decades include regional and summer stock appearances, the first national tour of Neil Simon’s Biloxi Blues, a stint on Broadway in Simon’s Broadway Bound (with Joan Rivers), and 20 years as a director, improviser and ensemble member at NYC’s Castillo Theatre. 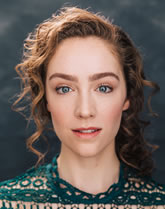 Will portray the roles of Mary Godwin Shelley and Elizabeth Lavenza

Stacia is delighted to be welcomed back to the Steel City with her debut at Prime Stage Theatre, after a four year stint in NYC. Recent theatre credits include As You Like It and All’s Well That Ends Well at Longmont Theatre Company, and The House of Bernarda Alba at the Pittsburgh Playhouse. Stacia has also performed various roles in film and TV, both in Pittsburgh and NYC. She has a BFA in Acting from Point Park University, with additional training from Heidi Marshall Studios NYC, the Squirrel Comedy Theatre NYC, and more. She’s grateful to get to share a glimpse into this iconic author’s world, and she’d like to thank her friends and family for their incredible support. 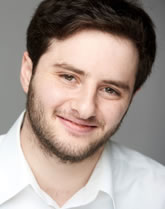 Will portray the roles of John Polidori and Henry Clerval

Adamis elated to be performing with Prime Stage once again, especially with such a lovely ensemble of people and with such a unique and wonderful story being told with this production! Recent credits include The Importance of Being Earnest with Pittsburgh Savoyards, Pittsburgh Playwrights Theatre Festival in Black & White, Arsenic and Old Lace with Prime Stage, Company with Riverfront Theatre Company, and Into the Woods with The Theatre Factory. Special thanks to Mr. Lawrence Connolly for sharing his creation with us and for all of his knowledge and insight throughout the process of our “bringing it to life”, if you will. 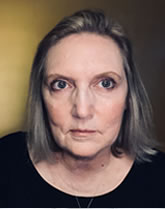 Suzanne is very grateful to be appearing in another stellar Prime Stage Theater production. Having the opportunity to appear as the Ghost of Caroline Frankenstein/Anna in Larry Connor’s original stage play has been an honor for her. She has previously appeared as Martha Brewster in Prime Stage’s production of Arsenic and Old Lace, and Pelican Players of Coraopolis in their rousing rendition of The Drowsy Chaperone as Mrs. Tottendale. Suzanne is exceptionally blessed to have her supportive family and friends giving her lift and inspiration.

Link to a Quick introduction to Mary Shelley and Frankenstein